The “Englische Garten”, a big city park in Munich tends to have quite a few  nude or near-nude sunbathers in summer. In 1999,  when my then boyfriend (guess which nationality?) and  I took a walk there with the friends we were visiting , he could not help staring, ogling and commenting, and I was thoroughly embarrassed. This was before I had moved to the US, and I was not really aware of how problematic nudity is in American culture.

You will frequently encounter full or partial nudity in Germany. mostly in the media,  but  occasionally  in real life. In parks, on beaches, in saunas, sometimes even in public outdoor pools. The latter might have something called Nacktbadetag (nude bathing day) – but even on “dressed bathing days”, some parents might let there toddlers or even preschoolers run around without a stitch on, and some ladies might sunbathe topless. And they will not respect your aesthetic sensibilities as to whether you (or anybody for that matter) might think they are young or pretty enough to expose themselves.

Let’s not forget the FKK-Strand – the nudist beach. Yes, often the weather warms up enough at the North and Baltic Seas for people to go without. FKK stand for Freikoerperkultur – free body culture, which I consider a rather cute term, its implication being that you free your body of clothes for health resons, maybe to expose more of it to fresh air ( read my entry on that topic here).

Growing up with parents who had both conservative and liberal tendencies, who were at times prudish and at times open-minded,  I am conflicted about many aspects of German bodily exposure… and yet, the pragmatic attitude of “if you don’t like it, don’t look” served me well when I still lived there.

I have not gotten used to the American not-so-free body culture (yet?): the breastfeeding-in-public debate astounds me, the prohibition of spaghetti straps in schools amuses me, bikini tops on one-year-olds still seem ridiculous, the disgust many Americans exhibit towards speedos strikes me as bizarre. I live in a society that is obsessed with, and yet freaked out by the body, sex, and appearance. Yes, of course, the Puritans, Christianity, etc., etc. But this is also the country that brought forth the hippies,  the sexual revolution, and Dustin Hoffman’s diving board scene in “The Graduate”.

Whenever I ask my American students to pick three impolite behaviors that bother them the most (the list I give them is pretty tame, mostly consisting of verbal misdemeanors such as not saying “please” and “thank you”), the majority picks “interrupting” as top annoyance. How I must be getting on their nerves – I interrupt constantly. You may label it a character defect, or blame it at least partially on my being German. We interrupt, with relish, and though we know we should not, it is typically not such a big deal to us.

I know that you are supposed to wait for a pause in the conversation in order to speak… but in my interactions with Americans, these pauses are typically so miniscule that I tend to miss the boat. So, I interrupt.

American manuals for conversational success (yes, there is such a thing!) claim that my interrupting sends the message that I deem my ideas, opinions, stories more valuable than yours, which is not true. I just want to show enthusiasm! Agree with you! Disagree with you! Share! Let alone the fact that if I try to hold on to my train of thought until the elusive pause appears, I will be too distracted to hear what you are saying, and I might also forget what I was intending to say.

My American partner is a pensive man of few words. Finding a pause is not a problem when we talk. A match made in conversational heaven?

My father had two pink shirts, much brighter than the color on the picture above. He wore them with pride on Sunday outings. Mind you, it was the 1970s, and maybe he would have even gotten away with it in the USA. My brother and some of his cousins had really long hair, even though by now we were in the 1980s and neither of them was a member of a heavy metal band. And I don’t think people questioned their heterosexuality, or their masculinity.

As a kid, I loved Doris Day movies. In one of them, the heroine goes through a mental checklist to figure out whether or not her love interest might be gay (it is their umpteenth date and he has not kissed her yet, so something must be wrong!). This checklist goes a bit like this – he loves to cook, he loves his mother, he is interested in the arts, he loves to talk… Her checklist made no sense to me, as many boys and men I knew exhibited these qualities, and I did not associate them with homosexuality or a lack of masculinity. Just as I never considered women with extremely short hair, or those not wearing makeup as “not feminine enough”.

Gender roles are more fluid in Germany than in the US. Of course you will find machos and hyperfeminine women over there, but less so. Now the interesting question is, why? I attribute it to two main developments, World War II and conscientious objection.

During and after World War II, millions of women found themselves pressed to develop their “masculine” side more – their men were in the war, died in the war, were in prisoners of war camps (the last of them returned to Germany only in 1955), and many of those who returned were disabled. For a time, it was largely left to women to keep their families alive,to earn a living, and even to rebuild the destroyed cities. Similar to the US, in the 50s the media tried hard to remind women of their rightful place at the family hearth and of the fact that their deepest desire should be to catch a man and keep him, yet this campaign was not quite as successful as in America. Thus, we still have all those difficult women who dye their hair red and believe in “Selbstverwirklichung” (self-actualization).

So while German women were busy developing their masculine side, something happened to a lot of German men. In the 1980s, it became easier to be a conscientious objector. However, if you were able-bodied and not serving in the army, chances were you had to spend between 6 (2011, right before compulsory military service was abolished) and 18 months (1962) doing “Zivildienst” (compulsory community service), typically at the age between 18 and 25. “Zivis” worked in hospitals and nursing homes, worked as EMTs, distributed meals on wheels… More and more young men chose community service over the military, and thus often developed what are typically considered more feminine qualities. I wonder how things will change in the long run now that neither Zivildienst nor military service are no longer necessary.

Image courtesy of marin at FreeDigitalPhotos.net

Look at this miserable lady! Chances are, she brought her cold onto herself by getting into a draft. Germans tend to fear “the draft”, and try to avoid it at all costs, as, in their minds, it can cause numerous illnesses and ailments including colds, sore throats, headaches, a stiff neck, even pneumonia or worse. My web search for “Durchzug” or “Zugluft” resulted in over a million websites.. Admittedly, I only perused a few of them. This is what I learned:

1. Not only Germans are afraid of the draft. This makes me feel less weird.

2. According to a 1968 Spiegel article , two South African researchers did experiments to find out if drafts could really make people ill. The result: NO. It is all in our heads. These researchers, however, found a nice explanation for the fear of winds entering our homes – they blame it on ancient religions that imagined demons traveling by wind – e.g., the most evil demon of the Sumerians was called Lilitu, which translates into “Wind”.

I will still wear my scarf in my drafty bedroom this coming winter. It helped me not catch a cold last year. Who would have thought that weapons against demons could be so cheap?

Me: Let’s open the windows and get some fresh air in.
American partner: But it’s cold outside!
Me: So?

We love to air out our homes – and remember, a lot of Germans do not have air-conditioning, or air filters, or 500 varieties of air fresheners. If you get too cold, just leave the room, close the door, and wait till the “lueften” (airing out) is over. Also, many German homes are smaller than their American counterparts, thus the air does get stuffier more easily.

And don’t forget: fresh air is medicinal, or so we believe in Germany (and probably other parts of Europe, too). Why else would there be the term “Luftkurort“, whose English equivalent “climate spa” or “climate health resort” is not really a familiar concept? Ideally, you go to the mountains or the seaside, and breathe, breathe deeply. If you can’t afford this, just open your windows once a day, that’s better than nothing. Should the season happen to be winter, remember Friedrich Nietzsche : “Was uns nicht umbringt, macht uns staerker.”

Funnily, one typical situation of windows NOT being opened is during car rides. You might be stuck, with Germans, on a very hot day, in a car, and they will not let you roll down the windows. If you did, you and everybody inside would be exposed to the much-feared DRAFT. But that’s another story.

Being blunt, being direct… you will have to deal with it a lot when interacting with Germans. If you do not want to know how a person feels, don’t ask them “How are you?” If you try to fish for compliments, make sure your appearance or accomplishments are complimentable. This is not to say that you will not encounter perfectly polite Germans, or those who do not want to hurt your feelings. Just fewer than in the US or in Britain. Germans often pride themselves on their ability to “think critically”, and, unfortunately, this ability tends to be carried over from areas where it is suitable (philosophy, political thought, engineering) to areas where it is highly problematic (interpersonal communication). Yes, I can keep my thoughts to myself. Just don’t ask for my opinion if you cannot deal with the consequences.

Image courtesy of smarnad at FreeDigitalPhotos.net

Why do Germans take their dogs to restaurants? Well, remember – a dog is man’s best friend, and why would you leave your best friend at home if you went out having fun? Maybe even in a dog crate, since you are afraid he’d scratch up the furniture or pee on the carpet. So, is this how you trust your best friend?

You may say that it is not considerate towards the other restaurant-goers. Oh, the doggie won’t bother them, he’ll probably just lie under the table, having been provided with a dish of water by the waitress. How about hygiene, then? Well, nobody is forcing you to eat off the floor! 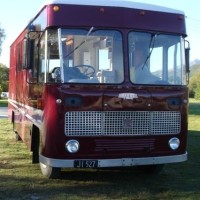 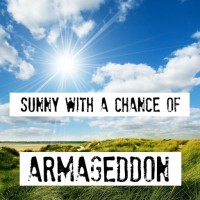 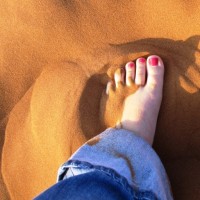 Traveling the world, one campsite at a time

Sunny With a Chance Of Armageddon

The Beta Project in Textual Stimulation

the various ruminations of a reluctant expatriate